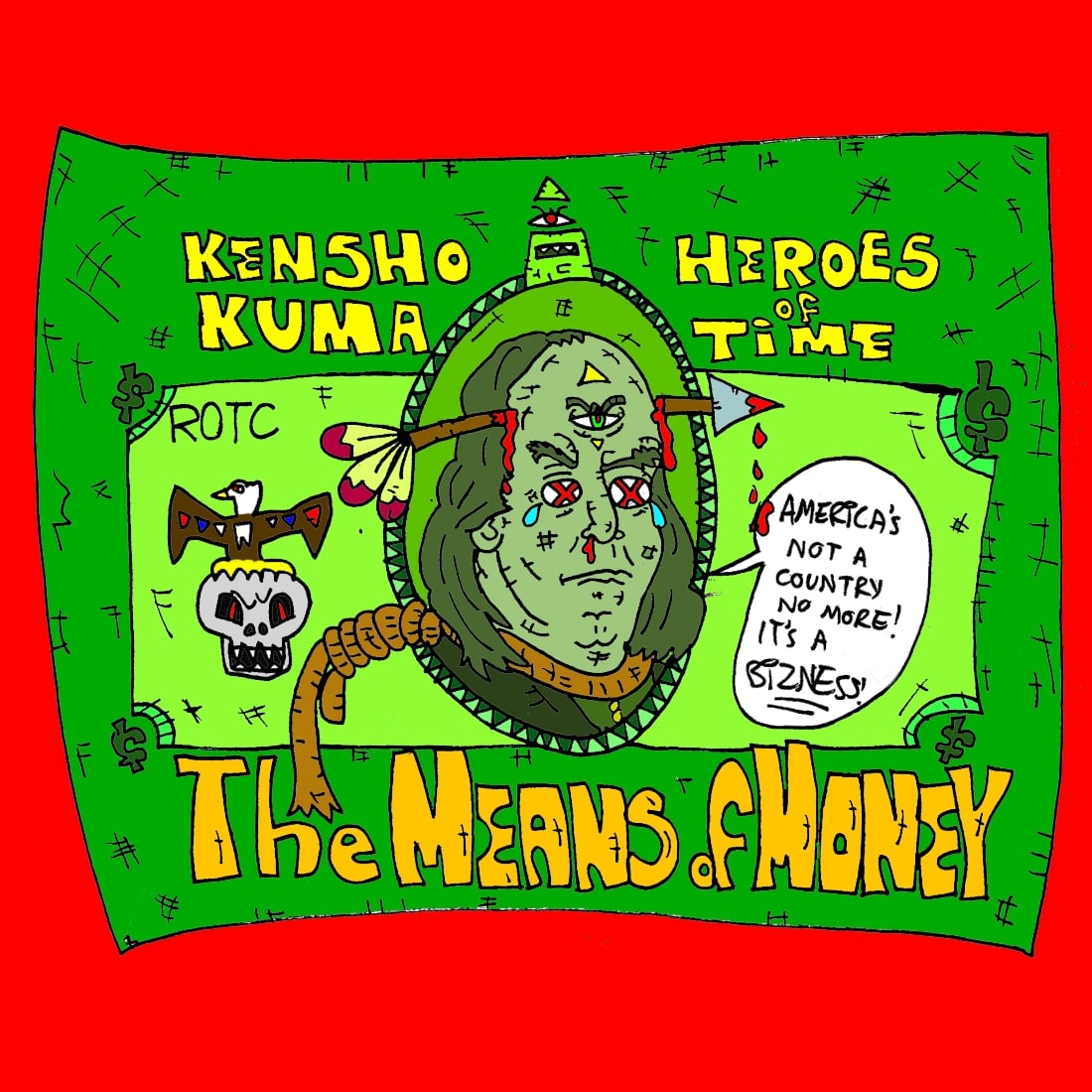 I teamed up with my cohorts, the Heroes of time (Señor Gigio x Mister Cleen), to bring you this brand new banger. I have known these two for years, and they have tirelessly released hustled in the Bay Area Hip Hop scene. We spit from the perspective of independent musicians (duh, that’s what we are) and the song serves as a breath of fresh air in this era of financial fantasy fiction. Production by: Mister Cleen Cover by: Señor Gigio Mixed by: D-Wiz

Kensho Kuma Verse: “I think like the man behind the register/ been broke for so damn long, gotta get my cheddar up/ live life benevolent, just like an emperor/ numbers mean everything, it’s not about better luck/ It’s all mathematics, know the economics/ while rappers showing off, huh smoking on that chronic/ I fly around the world, get rings like Sonic/ never buying Gucci, investing my profits/ on real-ass producers that make my shit raw/ and then spend the rest on vacations in Prague/ when the facts are involved, see your fraudulent facade/ while tryna flirt with, teenie boppers at the mall/ I’m on a Skype call with potential investor/ from overseas, which means, Ken’s getting cheddar/ but the sense of adventure means more than a guarantee/ passion for traveling, burning like kerosene/ even with scrilla, I don’t floss my assets/ never am I bragging ’bout the props and mad checks/ when I’m broke, it’ll never cost me respect/ let’s make a million, and get lost in Tibet/”