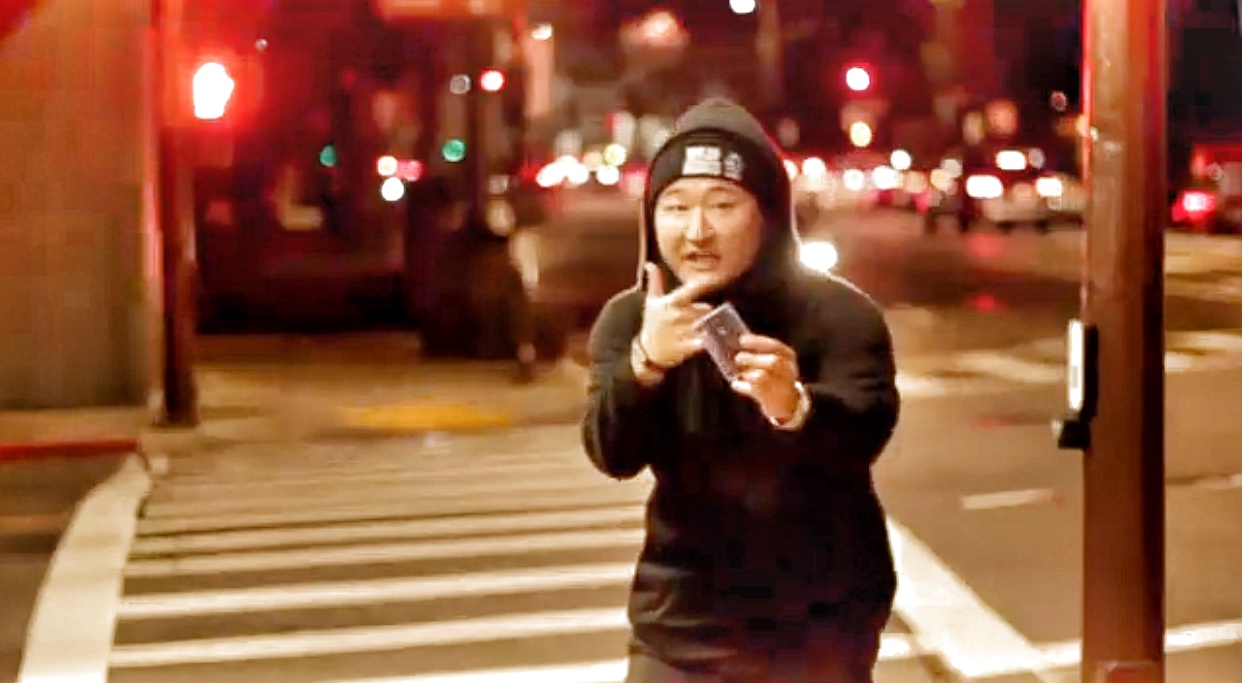 Yours truly is featured in the brand new MixTapeLive Episode II: Cali Factors video directed by the comrade XienHow. This project utilizes an interesting concept: 10 MC’s spit over 5 instrumentals blended by 1 DJ. It’s literally a mixtape by itself..

The MC’s are paired up for the respective beats and rap for 8 bars; the featured pairs are Zyme and Jack Tradez, XP from Rhyme Addicts and Ruby Ibarra, myself and Orukusaki, Telli Prego and DregsOne, and Babii Cris and XienHow. I personally really like the juxtaposition between Cris and Xien’s heights, and the Jada/ Style P-esque in-and-out flow that Telli and Dregs are able to pull off. Also, special shout out’s to Hip Hop Avenue TV for supporting the video.

Yours truly is featured on Xienhow‘s “MixtapeLive Episode II: Cali Factors” off of the upcoming “No Retreat, No Surrender” mixtape. The track is an interesting new concept; 5 pairs of emcees spit 8 bars over 5 different beats, the DJ blends them, and there will be a music video to accompany it. It’s literally a mixtape in a single song.. The featured emcee pairs are Zyme and Jack Tradez, XP the Marxman and Ruby Ibarra, myself and Orukusaki, and Babii Cris and XienHow, with DJ Rebelion holding down the blends. 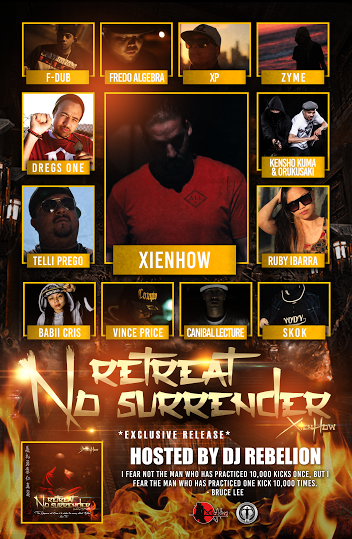